The Dilemma of Choice 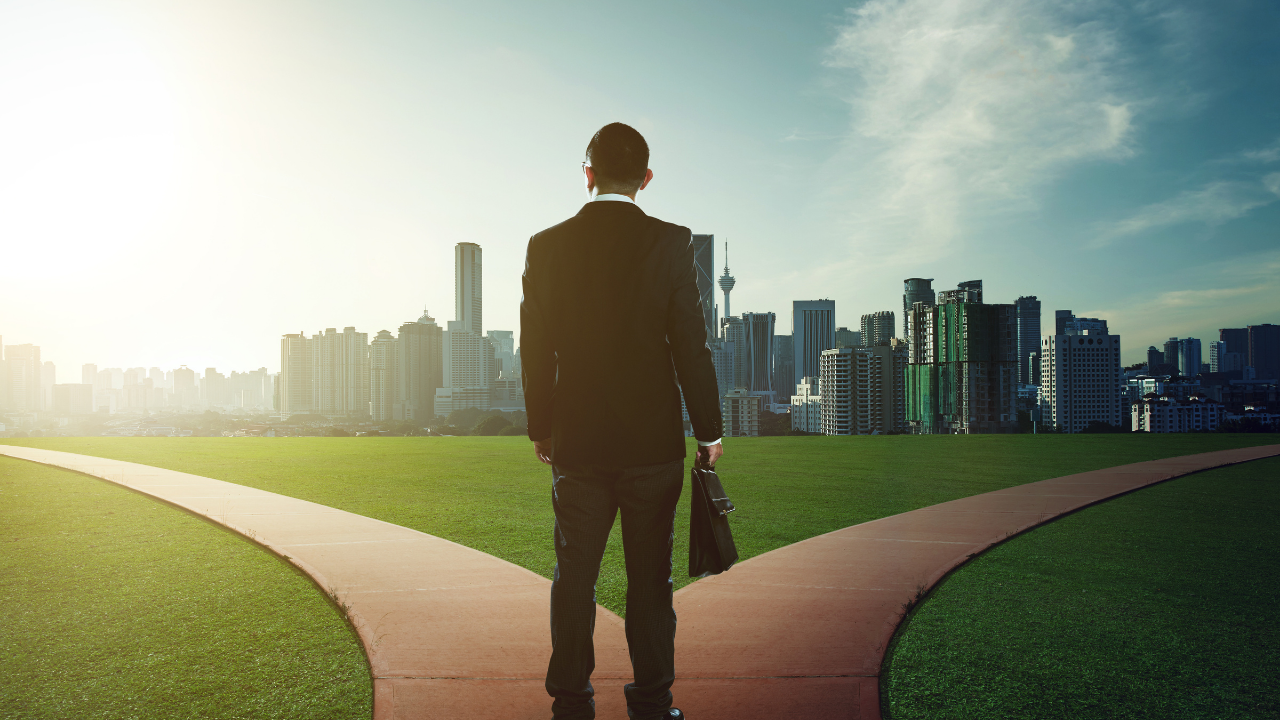 Human actions emanate from either the mind or the intellect or a combination of both. The body executes action. But the body cannot act on its own.

The actions of the body are driven by either:

Here is an example of the above three possibilities arising from an action. Offer a sweet to a diabetic person who is fond of sweets. His mind wants to take it. His intellect decides against it knowing that he is diabetic. If his intellect is more powerful than his mind he will refuse it. If otherwise, his mind is strong and intellect weak, he would accept it. In a third possibility, if the person is not diabetic, his mind and intellect may concur and consume it.

People the world over operate more on feeling and emotion rather than by reason and judgement. Sometimes even the reasoning of the intellect is overpowered by the mind’s emotion. Jane Taylor in her poem The Pond portrays this idea beautifully. The poem describes a party of ducks repairing to a pond for its food and pastime. A young chicken that lived thereabout kept watching the ducks go in and out of the water thoroughly enjoying themselves. She had a great desire to get into the pond and join in their fun and frolic. But her mother had warned her not to go into the water. One day the chicken tried to reason to herself why she should not venture into the pond despite her mother’s warning. And arrived at a strange conclusion that the only difference between them and herself was in the shape of their beaks. That her beak was pointed and their beaks round. She found it to be no reason for her to drown. Thus submitting to her mind’s obsession for swimming, her intellect thought she could swim as well as the ducks. So she plunged into the water only to find her mother’s cautions were true. She sank to the bottom and died.

There was a round pond, and a pretty pond too;
About it white daisies and violets grew,
And dark weeping willows, that stood to the ground,
Dipped in their long branches, and shaded it round.

A party of ducks to this pond would repair,
To feast on the green water-weeds that grew there:
Indeed, the assembly would frequently meet
To discuss their affairs in this pleasant retreat.

Now the subjects on which they were wont to converse
I’m sorry I cannot include in verse;
For, though I’ve oft listened in hopes of discerning,
I own ’tis a matter that baffles my learning.

One day a young chicken that lived thereabout
Stood watching to see the ducks pass in and out,
Now standing tail upward, now diving below:
She thought of all things she should like to do so.

So the poor silly chick was determined to try;
She thought ’twas as easy to swim as to fly;
Though her mother had told her she must not go near,
She foolishly thought there was nothing to fear.

“My feet, wings, and feathers, for aught that I see,
As good as the ducks are for swimming,” said she;
“Though my beak is pointed, as their beaks are round,
Is that any reason that I should be drowned?”

“Why should I not swim, then, as well as a duck?
I think I shall venture, and e’en try my luck!
For,” said she – spite of all that her mother had taught her –
“I’m really remarkably fond of the water.”

So in this poor ignorant animal flew,
But soon found her dear mother’s cautions were true;
She splashed, and she dashed, and she turned herself round,
And heartily wished herself safe on the ground.

But now ’twas too late to begin to repent;
The harder she struggled the deeper she went,
And when every effort had vainly been tried,
She slowly sunk down to the bottom and died!

The ducks, I perceived, began loudly to quack
When they saw the poor fowl floating dead on its back;
And, by their grave gestures and looks, ’twas apparent
They discoursed on the sin of not minding a parent.

The poem depicts the intellect being held hostage by the overpowering emotion of the mind. The intellect yields to the pressure of emotion and reasons in a circle. And one meets the fate of the chick.

In another poem The Village Preacher, the poet Oliver Goldsmith shows how the human intellect should reign over the mind’s feeling and emotion. He describes  the  village  preacher  with  a  heart  full of chaste emotions for his fellow-beings. But never does he let his emotions disturb his intellectual poise and judgement. His head rules over his heart. Goldsmith uses a striking metaphor to describe the grandeur of the preacher’s personality. Compares him to a tall cliff that rises well above the level of the clouds. The clouds gather around the breast of the mountain. But they do not disturb the serenity of the peak. The clouds represent the emotions of the mind. The peak, the intellect. The emotions of the preacher never unsettle his intellectual awareness and decision. His intellect governs his mind. The poem concludes with this metaphor:

To them his heart, his love, his griefs were given, But all his serious thoughts had rest in Heaven. As some tall cliff that lifts its awful form,

Swells from the vale, and midway leaves the storm, Though round its breast the rolling clouds are spread, Eternal sunshine settles on its head.

To have emotions is a virtue. But it would be a grievous error to let them interfere with your intellectual judgement. That would tantamount to human weakness. History reveals this intellectual weakness of human beings in letting their emotions overthrow discretion and judgement.

— Extract from “The Fall of the Human Intellect” book written by A. Parthasarathy.

These cookies are essential for You to browse on Our Site and use its core services.